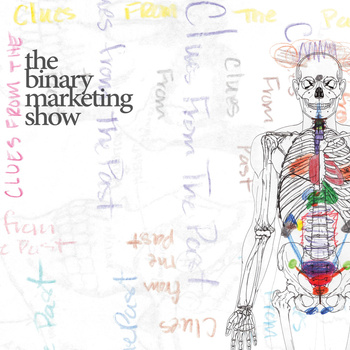 The Brooklyn lo-fi duo Bethany Carder and Abram Morphew, who perform as Binary Marketing Show, create murky compositions that are familiar at the same time they resist categorization. Their latest EP, Clues From the Past, takes found sounds, original instrumentation, and whole lot of reverb and jumbles it up into six songs that morph from dramatic and full-bodied build-ups to naked droning—all of which are occasionally interrupted by spasms of noise. They’ve been compared to Animal Collective, but Carder and Morphew’s newest material escapes AC’s shadow by foregoing accessible song structures. According to their bio, Carder met Morphew while “[w]andering the ancient underground tunnels beneath a mystical city, in search of a place that cured the loneliness of existing in one’s mind.” The group’s music is as much a demonstration of two merging identities as it is an extension of their spiritually tinged relationship­, focusing on the intense emotional dynamic the two obviously share.